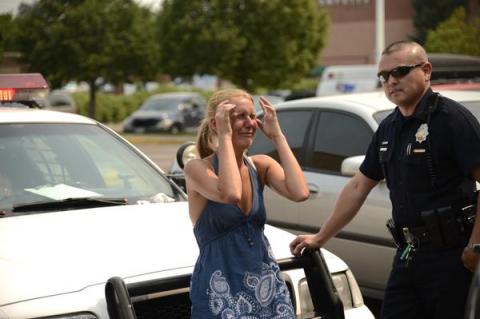 A BPDFamily.com survey identified hitting or physical intimidation as taking place in 69% of relationships where one partner had traits of Borderline Personality Disorder (BPD) and the relationship had run its course (ended).

When one partner has traits of Borderline Personality Disorder (BPD), hitting or physical intimidation takes place three times more often than in other relationships.

Sixty-nine percent (69%) is more than three times the physical abuse rate (20%) that the respondents experienced in prior relationships where neither partner had traits of BPD. It is nearly three times the rate (24%) reported by the CDC in similar general population studies (1) (2).

Overall, the results suggest arguments escalate to the point of hitting in many relationships were one person has traits borderline personality disorder, that nonreciprocal and generally less life-threatening violence is common, and that women are more often the perpetrators than men.

There were 136 participants in this survey - all were partners of individuals with traits of Borderline Personality Disorder.

For further discussion and to comment, please click the following. For women, in addition to dicussions about the health and emotional risks, there is a discussion of the Deluth Model and how women can become entrapped in controlling and abusive relationships with little option to leave.

For men, in addition to dicussions about the health and emotional risks, there is an added danger of false domestic violence claims and a legal system that can will put innocent men into an expensive legal process to defend themselves with little evidence.

1. National Center for Injury Prevention and Control. Differences in Frequency of Violence and Reported Injury Between Relationships With Reciprocal and Nonreciprocal Intimate Partner Violence. Atlanta, Ga: Centers for Disease Control and Prevention; 2007.

2. National Center for Injury Prevention and Control. Cost of Intimate Partner Violence Against Women in the United States. Atlanta, Ga: Centers for Disease Control and Prevention; 2003.