I think it's Borderline Personality Disorder, but how can I know? 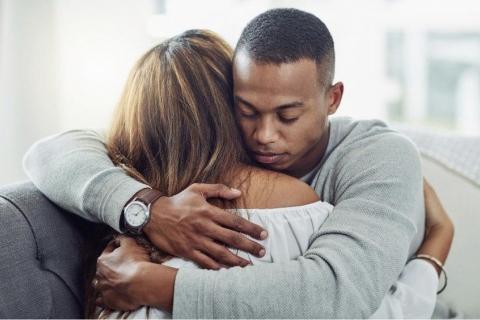 How can we really know for sure? We often do not have a formal diagnosis to rely upon.

The answer is that there is no blood test or simple check list for personality disorders. To evaluate someone in your life requires learning about the disorders and getting a good sense of the persons emotional "lifetime" - how they have handled things (e.g., relationships, crises, disappointments, stress) in their life.

The American Psychiatric Association cautions against using its "symptoms lists" to make quickie cookbook diagnoses. Psychologists diagnose these disorders by matching a patient to the best fitting "symptoms list" from its 991 page DSM manual.  Looking at one or two isolated lists is a little like trying to match the paint on your car by looking at a sample book containing two colors. For this reason, it's best to resist the temptation to immediately latch onto one of the personality disorder symptoms lists as "it".  Doing this may send you in a wrong or unhealthy direction.

Where Should I Start? If you are participating in a relationship that is high conflict or has destructive behaviors, the first priority should be to assess the situation - write down the problems, from all sides.

As difficult as it may be, starting here is usually in the best interest of ourselves and our children. There are tools on this site for neutralizing the conflict and for re-balancing ourselves.  Once the situation is stabilized a bit and the emotions dialed back, we'll be in a better place to investigate what is going on and make informed decisions.  Seek a safe harbor from the storm.

Complicating Factors  When we encounter high conflict or destructive relationship behaviors it is important for us to know that the problems can be caused by a broad range of things that look a lot a like:

It often takes a professional a lot of time to sort through this - it will likely take you time, too.

Does it Really Matter It does. The behaviors exhibited during a relationship for all of these afflictions can look somewhat alike but the driving forces and the implications can be very different. For example, was that lying predatory (as in ASPD), ego driven (as in NPD), defensive (as in BPD), a result of being out of control (as in alcoholism), or social ineptitude (as in Aspergers). Was it situational, episodic (bipolar), or has it been chronic. Yes, all lying is bad, but the ways to handle it and the prognosis is not the same in all situations.

Spectrum of Severity  It is important to know that personality disorders are spectrum disorders, meaning that there is a broad range or spectrum of severity.

How much conflict we experience is not necessarily a measure of the severity of the disorder or an indication of the challenges to recover. A person with only a few traits can be very hurtful or destructive in relationships. At the same time, a person with a severe disorder can be less so; more internally focused or avoidant.

Present for an Extended Period of Time  Personality disorders are "present for an extended period of time" which means that there have been indications of the disorder at different times all the way back to the teen years.  This doesn't mean constantly and obviously present. Many people with this disorder, especially as they get older, learn to adapt and control or isolate the worst of the disordered actions except when stress pushes them past their ability to control and manage. This is why the disorder is more visible to the family and close friends.

The conventional tests are listed below:

The Structured Clinical Interview (now SCID-II) was formulated in 1997 by First, Gibbon, Spitzer, Williams, and Benjamin. It closely follows the language of the DSM-IV Axis II Personality Disorders criteria. There are 12 groups of questions corresponding to the 12 personality disorders. The scoring is either the trait is absent, subthreshold, true, or there is "inadequate information to code". SCID-II can be self administered or administered by third parties (a spouse, an informant, a colleague) and yield decent indications of the disorder. The questionnaire is available from the American Psychiatric Publishing ($60.00).

Informal on-line tests - some BPDFamily.com members have found that these tests are helpful.

Next Step to a Constructive, Mature and Healthy Life  Whether it is BPD or BPD personality style, bipolar disorder, or simple depression, etc, we encourage you to work with the members here at BPDFamily. A high conflict, emotionally abusive parent, child, spouse or other relationship partner, regardless of the causation, is a challenge and we need to take appropriate steps for our own well-being and that of our family. And hopefully we will be able rise above it and manage our interface with the difficult person in a constructive, mature and healthy way. It's the very next step to a constructive, mature and healthy future for ourselves.