The Biology and Neuroscience of Breaking Up 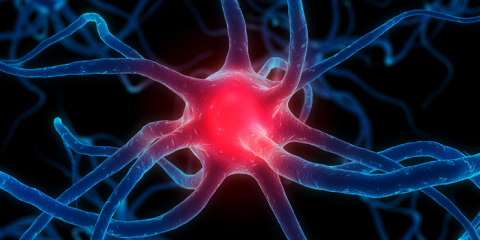 Our brains are wired for bonding. Breakups challenge us biologically.

According to Rutgers University anthropologist Helen Fisher, everyone biologically reacts to rejection in a way similar to  that of a drug user going through withdrawal. In the early days and weeks after a serious breakup, there are changes in the ventral tegmental area of the midbrain, which controls motivation and reward and is known to be involved in romantic love; the nucleus accumbens and the orbitofrontal/prefrontal cortex, part of the dopamine reward system and associated with craving and addiction; and the insular cortex and anterior cingulate, associated with physical pain and distress.

As reported in a recent issue of the Journal of Neurophysiology, Fisher rounded up 15 people who had just experienced romantic rejection, put them in an fMRI machine, and had them look at two large photographs: an image of the person who had just dumped them and an image of a neutral person to whom they had no attachment. When the participants looked at the images of their rejecters, their brains shimmered like those of addicts deprived of their substance of choice.

Why do some behave so badly after a breakup?

Biology is nowhere near the whole story. Attachment styles that emerge early in life also influence how people handle breakups later on—and how they react to them.

Those with a secure attachment style—whose caregivers, by being generally responsive, instilled a sense of trust that they would always be around when needed—are most likely to approach breakups with psychological integrity. Typically, they clue their partners in about any changes in their feelings while taking care not to be hurtful.

On the receiving end of a breakup, “the secure person acknowledges that the loss hurts, but is sensible about it,” says Phillip Shaver, a University of California, Davis psychologist who has long studied attachment behavior. “They’re going to have an undeniable period of broken dreams, but they express that to a reasonable degree and then heal and move on.”

By contrast, people who develop an anxious or insecure attachment style—typically due to inconsistent parental attention during the first years of life—are apt to try to keep a defunct relationship going rather than suffer the pain of dissolving it. “The anxious person is less often the one who takes the initiative in breaking up,” Shaver says. “More commonly, they hang on and get more angry and intrusive.”

On the receiving end of a breakup, the insecurely attached react poorly. “They don’t let go,” says Shaver. “They’re more likely to be stalkers, and they’re more likely to end up sleeping with the old partner.” Unfortnately, their defense against pain—refusing to acknowledge that the relationship is over—precludes healing. They pine on for the lost love with little hope of relief.

People with low self-esteem took rejection the worst: They were most likely to blame themselves for what had happened and to rail against the rejecter.

Whether we bounce back from a breakup or wallow in unhappiness also depends on our general self-regard. In a University of California, Santa Barbara study where participants experienced rejection in an online dating exchange, people with low self-esteem took rejection the worst: They were most likely to blame themselves for what had happened and to rail against the rejecter. Their levels of the stress hormone cortisol ran particularly high. Such reactivity to romantic rejection often creates unhealthy coping strategies—staying home alone night after night, for example, or remaining emotionally closed off from new partners.

People with high self-esteem were not immune to distress in the face of romantic rejection, whether they were rejecter or rejectee, but they were less inclined to assume a lion’s share of the blame for the split. Best of all, they continued to see themselves in a positive light despite a brush-off.