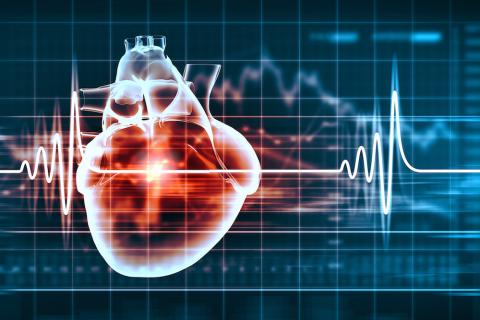 How are you responding to your broken heart?

Almost universally, people exhibit some level of emotional distress to broken relationships. Feeling left behind, excluded, or deemed unworthy by a loved-one may trigger separation anxieties or precipitate a collapse of self-confidence or an even significant emotional injury.

In evolution, we became hardwired to hurt after the loss of a primary relationship as part of our survival instincts.

According to Mark Leary, PhD, Professor of Psychology and Neuroscience and Director of the Social Psychology Program at Duke University, human beings by nature try to find a sense of belongingness and are fearful of any form of denunciation.

Naomi Eisenberger, PhD, Associate Professor of Social Psychology at UCLA, tells us in Why rejection hurts: a common neural alarm system for physical and social pain, that social estrangement (being romantically rejected) activates the physical pain centers in the brain and can leave an emotional imprint and is part of the brain’s warning system. She suggested that, in mammalian species, the "social-attachment system" uses the "pain system" to prevent social separation and the potentially harmful consequences thereof. In other words, in evolution we became hardwired to hurt after the loss of a primary relationship as part of our survival instincts.

It's important to know that the pain of loss is a natural part of the human existence and the real work of recovering from a broken heart is to accept this pain and know it exists to motivate you.

Myron Hofer, the Founding Director, Sackler Institute for Developmental Psychobiology at Columbia University tells us that when we experience a threat to, or disconnection from a primary attachment, it triggers a fear response referred to as separation stress or separation anxiety. Separation stress has been the subject of extensive psychological and neurobiological research.

Separation anxiety is recognized as a primary source of human distress and dysfunction.

Betrayal involves a breach of trust and may result in similar reactions or more severe reactions for individuals who have been abused earlier in life according to Susan Krauss Whitbourne PhD, professor of Psychological and Brain Sciences at the University of Massachusetts Amherst. When you are betrayed, your world views are shattered.

Feeling betrayed, ashamed, anxious, and angry as well as self blaming are all reactions that accentuated the effect of the abuse itself on their mental health. The trauma evoked by profound relationship betrayal manifests in some of the following ways:

Elisabeth Kübler-Ross, MD., the author of the groundbreaking book On Death and Dying (1969), proposed that there are five stages of grief that individuals facing their own deaths experiences: Denial, Anger, Bargaining, Depression, and Acceptance. In her book, The Journey from Abandonment to Healing, Susan Anderson DCSW suggests that the grieving of a primary relationship goes through similar stages.

Anderson suggests that the grief from unrequited love is different from other types of bereavement in its ability to leave residual damages to a persons self-esteem. Feeling left behind, excluded, disposable, or deemed unworthy by a loved one can precipitate a collapse of self-confidence and this can contributes to an intense depression, narcissistic wounding and shame.

Anderson DCSW suggests says that the conventional wisdom that you should try to find happiness and solace from within, may not pull you through. "The antidote the rejection" she explains, "is being around people who love you and can give you validation and support. You need to see yourself reflected in their eyes."

Anderson also says that during the mid phase of the grief cycle, individuals may turn their anger about the rejection toward themselves. The process of self-attack can range from mild self-doubt to scathing self recrimination and leave a lasting imprint on individuals’ self-worth, causing them to doubt their lovability, personality-efficacy, and attachment worthiness going forward. In addition to the above, this mental searching can be accompanied by obsessive thoughts about factors leading to the breakup, and possibilities for reuniting with the lost person.

Losing a loved one can lead to an emotional crisis severe enough to resemble a full blown major depression.

Elements of the grief cycle, such as 'feeling deserted' and a sense of personal diminishment, can be aroused by many types of loss, including when a decision to separate has been mutual rather than unilateral or when one’s mate has died.

Some individuals who experience psychological trauma will go on to develop post traumatic stress disorder.

In these extreme cases, there are generally predisposing psycho-biological and environmental factors present. According to Bessel van der Kolk MD, a Dutch psychiatrist noted for his research in the area of post-traumatic stress since the 1970s, thence conditions would lower threshold for becoming aroused and make individuals more likely to become anxious when they encounter stresses in life that are reminiscent of childhood separations and fears, and therefore more prone to becoming posttraumatic.

Mary D. Salter Ainsworth PhD., Professor Emeritus Department of Psychology University of Virginia says that insecure attachments in childhood have shown to predispose individuals to difficulties in forming secure attachments in adulthood and to having heightened responses to rejection and loss.

Joseph E. LeDoux  at Scientific America, in his article Emotion, Memory and the Brain suggests that ther are variations in individuals’ neurochemical systems that govern the stress regulation - concentrations of stress hormones including CRF, ACTH, and cortisol work to intensify the imprinting of an emotional memory of the event, indelibly inscribing and heightening its fears.