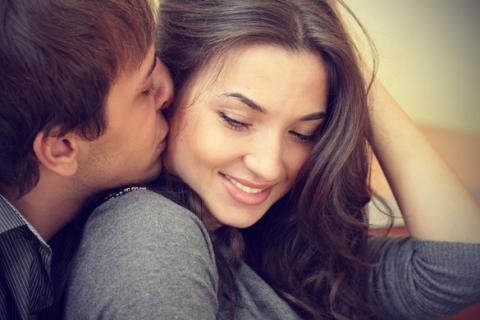 Sandra C. Anderson, Ph.D., Emerita Professor at Portland State University, describes "codependency" as a pattern of painful dependence on compulsive behaviors and on approval from others in an attempt to find safety, self-worth, and identity.

People with a predisposition to be a codependent enabler often find themselves in relationships where their primary role is that of rescuer, supporter, and confidante. These helper types are often dependent on the other person's poor functioning to satisfy their own emotional needs.

Codependent relationships are where one person supports or enables another person's addiction, poor mental health, immaturity, irresponsibility, or under-achievement. Among the core characteristics of codependency, the most common theme is an excessive reliance on other people for approval and identity.

For the enabler a codependent relationship fulfills a strong drive to feel needed. Some enablers always need to be in a relationship because they feel lost or lonely when they’re by themselves.  Codependents are often inherently afraid of being rejected or abandoned, even if they can function on their own, and in these cases the enabling behavior is a way to mitigate fears of abandonment.  Codependent enablers often lack in self-worth and define their worth through another's eyes, thoughts, or views of them. They need other people to validate them to feel okay about themselves and without this, they are unable to find their own worth or identity.  For some, the codependent relationship will satisfy the need to feel competent and low self-esteem is boosted by comparing oneself to the dysfunctional partner.

It is this high degree of mutual, unhealthy dependence on the part of both the enabler and the enabled that makes the relationship codependent and resistant to change. It is often very hard for either person to end a relationship even when the relationship is painful or abusive. It is not unusual for one or both to feel trapped.

Sharon Wegscheider-Cruse, founding chairperson of the National Association for Children of Alcoholics, describes codependency as "a specific condition that is characterized by preoccupation and extreme dependence — emotionally, socially and sometimes physically — on another person".

This type and degree of dependency on another person is destructive to both parties. Codependence is a quite different matter from interdependence.

Family therapist and WebMD contributor Tina Tessina, PhD, LMFT says, "It's kind of a weird term [codependent], and it doesn't sound like it means a one-sided relationship, but often that's what it becomes. The codependent enabler often finds themselves trying to make their relationship work with someone else who's not."

When the relationship starts breaking down,  the codependent enabler will sacrifice their own emotional needs in order to keep the relationship going. At this point, he or she starts to lose themselves.  The mantra of a typical enabler is, "I do everything for her in the relationship.  It's not because of me that we have problems."

"I do everything for her in the relationship.  It's not because of me that we have problems."

These imbalanced relationships can go on for some time, however, they are ultimately unsustainable due to their consumption of the enabler's emotional, financial or physical resources, and because they lead to resentment and relationship strain for both participants.

Daniel Harkness, Ph.D., LCSW, professor at Boise State University says that some of the most commonly cited symptoms of codependency are:

The Opposite of Codependency is a Well Differentiated Self

According to Bowen's Family Theory, families and other social groups tremendously affect how people think, feel, and act, and individuals vary in their susceptibility to, and dependence on how others think. These differences are based on the differences in people's levels of "differentiation of self". The less developed a person's "self," the more impact others have on his functioning and the more he tries to control, actively or passively, the functioning of others. Every human society has its well-differentiated people, poorly-differentiated people, and people at many gradations between these extremes.

The basic building blocks of a "self" are inborn, but an individual's family relationships during childhood and adolescence primarily determine how much "self" he develops. Once established, the level of "self" rarely changes unless a person makes a structured and long-term effort to change it.

A person with a well-differentiated "self" recognizes his realistic dependence on others, but he can stay calm and clear-headed enough in the face of conflict, criticism, and rejection to distinguish thinking rooted in a careful assessment of the facts from thinking clouded by emotionality. Thoughtfully acquired principles help guide decision-making about important family and social issues, making him less at the mercy of the feelings of the moment. What he decides and what he says matches what he does. He can act selflessly, but his acting in the best interests of the group is a thoughtful choice, not a response to relationship pressures. Confident in his thinking, he can either support another's view without being a disciple or reject another view without polarizing the differences. He defines himself without being pushy and deals with pressure to yield without being wishy-washy.

People with a poorly-differentiated "self" depend so heavily on the acceptance and approval of others that they quickly adjust what they think, say, and do to please others.  It’s normal to want to please someone you care about, but when someone has a poorly-differentiated "self", they usually don’t think they have a choice. Saying “No” causes anxiety and they sacrifice their own needs to accommodate other people.  This is generally where codependents get into trouble.  They have blurry boundaries. They feel responsible for other people’s feelings and problems or blame their own problems on others.

The Behaviors and Internal Struggles of Codependent Enablers

Our culture portrays romantic love, in songs, television, and movies, as being a relationship in which the partners are inseparable, are nothing without each other, and one in which each partner derives her/his very sense of self from the other.  While portrayed as the ideal, this is actually a model of a very unhealthy relationship.

The precise definition of codependency varies based on the source but can be generally characterized as a subclinical and situational or episodic behavior similar to that of dependent personality disorder. The behavior of codependent enablers can be described as focused on others, excessively compliant, self-sacrificing, overly reactive, and having problems with openness and intimacy.  Codependent enablers often become controlling and manipulative over time.

According to Darlene Lancer, JD, MFT, the behavior of c says that enablers often struggle with obsessing and often experience painful emotions or feelings of low self esteem.

Here is a codependency enabler checklist developed by Robert H. Albers, Ph.D. How many of these statements describe you or your partner?

If the section above describes your relationship, it's time to rethink your approach.

Codependency is Recoverable, Denial is Not

The greatest problem people face in getting help for codependency is a lack of self-awareness; simply not seeing their role in the relationship dysfunction. Codependents instinctually know that the relationship is unhealthy but they are convinced that the problem lies with the other person or that the problem is situational. They keep complaining about and trying to fix the other person.

The concept of codependency provides a useful framework for examining how healthy our interactions are in relationships with others.  Becoming aware of your codependent traits is the first, and most important step in dealing with them.  With awareness comes the opportunity for change.  The fact is that codependency is learned - and as such, it can be unlearned.

Codependence may, however, arise from some deeper issues or personality traits.

Timmen Cermak, M.D., proposed a definition for codependency and petitioned the American Psychiatric Association to list it as a personality disorder in the Diagnostic and Statistical Manual of Mental Disorders (DSM-III-R; American Psychiatric Association, 1987). The APA did not act on this proposal and therefore codependency does not have a medical consensus definition. In the absense of a DSM definition, many amateur definitions have emerged in self-help books. As a result, the use of this term is discouraged by some as it is too amorphic to be useful. This is a valid criticism. Anyone who is seriously looking into this is encouraged to consult the Cermak definition as a reference (Cermak M.D., Timmen L. (1986). "Diagnostic Criteria for Codependency". Journal of Psychoactive Drugs. 18 (1): 15–20. doi:10.1080/02791072.1986.10524475. PMID 3701499).