Depression: Stop Being Tortured by Your Own Thoughts 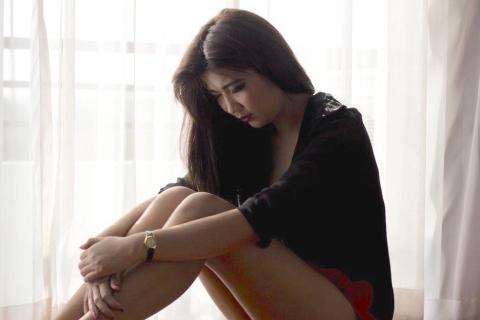 Feeling down from time to time is a normal part of life, but when emotions such as hopelessness and despair take hold and just won't go away, you may have depression. Mild to moderate depression makes it tough to function and enjoy life like you once did. Depression is perhaps the most common of all mental health problems, currently believed to affect one in every four adults to some degree. Evidence suggests that there is neurochemical or "brain chemistry" aspects of depression with the depressed individual experiencing poor concentration/attention, loss of energy, accelerated thought/worry, sleep/appetite disturbance, and other physical manifestations. According to Jeanne Segal, PhD:

What is Severe Depression?

"Your mind speed will increase", says clinical psychologist, Joe Carver, people often tell their doctor "I can't get my mind to stop! The minute I wake up in the morning - it will start up". Your brain will then turn against you. It will reach in your memory and pull out every bad memory it can find - abuse as a child, failed relationships, etc. - anything to make you feel bad and especially guilty. You will be tortured by your own thoughts.
According to Carver, severe depression can occur under many circumstances but most commonly is present in these two situations:

Your Emotional Hurt Can Seriously Alter Your Brain Chemistry

Carver compares the brain chemisty to the fluids in automobiles. The human brain operates, much like your automobile, on fluids called neurotransmitters. Just as your automobile has brake fluid, antifreeze, transmission fluid, and oil - your brain runs on these neurotransmitters. Some give us energy, like those related to adrenaline, some control body movements ("dopamine" as an example), and some control mood.

The brain neurotransmitter often associated with depression is called serotonin. Serotonin is the brain's "oil", a rather slow-acting neurotransmitter that is associated with sleep, appetite, energy, alertness, and mood - just to name a few. Using the automobile as an example, if we drive our car to California at a speed of 120 mile per hour, running the engine hot for a long time, it would obviously use more oil. As long as we provided gas, however, it would continue to run. Now suppose in our trip that for every two quarts of oil we burn, we only replace one quart. By the time we reached California we'd be several quarts low and our engine would be obviously overworked and overheated.

You'll know your Serotonin level is low (and depression is here) by the following symptoms:

In short, depression is a neurochemical reaction to severe and prolonged stress, either suddenly surfacing or gradually creeping up on you over a period of many months. The treatment for this dark cloud is much easier than you think.

Cognitive behavioral treatment therapy was developed by Aaron Beck in the 1970s and through the work of David Burns, MD, has grown to be the most prescribed treament for depression. There are book and online programs for self treatment:

Treatment for Depression Will Speed Your Recovery

Treatment for depression frequently involves two programs, one using antidepressant medication and the other repairing the damage done by months of "garbage". In all current research, the best way to recover from a severe depression is using both methods.

Usually, successful treatment for severe depression involves both medication and therapy/counseling. With both, you can expect normal sleep to return first, followed by a slowing of mind speed and the garbage truck leaving.

If your son or daughter is depressed, they may suddenly withdraw from the family or become hostile. Due to their youth, most of their life experience is associated with the family, remembering that family experiences makes up 70 percent of their mental video tape. For this reason, the "garbage truck" will be reviewing every mistake or issue in their upbringing. In such cases, the parents are "dumped on" with what they did wrong, bad decisions they've made in raising the son/daughter, or feelings that were never discussed related to their brothers or sisters. With the low self-esteem created by the depression and stress, the son/daughter may be intensely rejecting, as though feeling they must reject the parents before the parents have a chance to reject them. The anger and hostility is often so strong that parents miss the fact that their son/daughter is depressed - they're too busy dealing with accusations or hostility to see the depressed mood.

Older sons and daughters may start apologizing for their behavior in their childhood, seeking forgiveness - despite the fact that they are now parents themselves. Parents may be shocked to find that their depressed married son/daughter is suddenly thinking of divorce in a circumstance that is "out of the blue" and totally unexpected.

If a friend is depressed, they will suddenly have no interest in maintaining your friendship. They'll stop calling, visiting, or writing. If your depressed best friend suddenly gives you their most prized possession or asks you to be included in their will to take care of their children - be on the alert! Such behaviors are often part of a suicide plan in which the depressed friend wants to "take care of business" before they leave this earth. At that point, a heart-to-heart talk is needed, perhaps offering to accompany them to a professional's office for help. Many depressed individuals are brought to the office by their parents, friends, ministers, union stewards, or work supervisors.

Conclusion - If You're Hurting, Don't "Tough It Out"

Depression, at some level, will hit every adult eventually. While most depressions are brief, with our serotonin gradually returning as stress decreases, when depression comes and stays you should seek professional treatment to recover. Depression is no longer a mystery and is easily treated. Treatment is usually short-term.