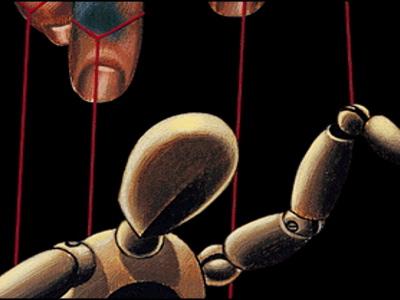 Fear, Obligation And Guilt: How We Allow Loved Ones To Control Us

In their 1997 book, Emotional Blackmail: When the People in Your Life Use Fear, Obligation and Guilt to Manipulate You, authors Susan Forward, Ph.D. and Donna Frazier state that "emotional blackmail is a powerful form of manipulation in which people close to us threaten to punish us for not doing what they want. Emotional blackmailers know how much we value our relationships with them. They know our vulnerabilities and our deepest secrets. They can be our parents or partners, bosses or coworkers, friends or lovers. No matter how much they care about us, they use this intimate knowledge to win our compliance."  According to Forward and Frazier, fear, obligation and guilt ("FOG") are the tools of emotional manipulators.

"Emotional Blackmail" and "FOG", terms coined by psychotherapist Susan Forward, Ph.D., are about controlling relationships and the theory that fear, obligation or guilt ("FOG") are the transactional dynamics at play between the controller and the person being controlled.  Understanding these dynamics are useful to anyone trying to extricate themselves from the controlling behavior by another person and deal with their own compulsions to do things that are uncomfortable, undesirable, burdensome, or self-sacrificing for others.

Is It Emotional Blackmail?

Forward and Frazier’s labeling of this dynamic with inflammatory terms such as "blackmail" and "manipulation" may not be so helpful as it is both polarizing and it implies premeditation and malicious intent which is often not the case. It helps to remember that the person who is acting in a controlling way often wants something from the other person that is legitimate to want. They may want to feel loved, safe, valuable, appreciated, supported, needed, etc. This is not the problem. The problem is often more a matter of how they are going about getting what they want, or that they are insensitive to our needs in doing so that is troubling - and how we react to all of this.

Getting past the "blame game" is important if we want to be free of the feelings of being controlled.

Think about it.  Innocent children are notorious for tripping fear, obligation or guilt triggers. "But, Stacy's mom bought her an iPhone".  Clearly this is not blackmail.  It's an example of normative limit-testing.

When it becomes "I hate you because you won’t let me have an iPhone" as a daughter grabs a knife off the counter and races to her room, and is suddenly and grimly silent, are the motivations any different?

The problem is often more a matter of how they are going about getting what they want, or that they are insensitive to our needs in doing so that is troubling - and how we react to all of this.

This second example would elicit powerful emotions in anyone. These emotions become even more powerful when the dysfunctional coping is coming from someone very important to us - a child, a parent or a spouse - or when a person has financial or physical power over us.  Generally, the closer or more power-based the relationship is, the stronger and more emotional the reaction will be from us.

Nonetheless, it may be most empowering to think of fear, obligation or guilt as our response to the psychological defenses and dysfunctional coping of others - often people who are immature or suffering with addictions, depression, personality disorders, etc.

The transaction has four parts: the demand, the resistance, pressure and threats, and compliance.

There are are a number of styles of controlling behavior.  Each type of controller operates with a different vocabulary, and each gives a different spin to the demands, pressure, threats and negative judgments that they use.

These styles, of course, are not mutually exclusive - they can overlap.

Are You Rewarding Bad Behavior?

It’s easy to focus on other people’s behavior and to think that if they change, things will be fine. But does that make practical sense in matters such as these?  In many ways, this problem is more disturbing and costly for us as we are the ones on the short end of the transaction. As adults, there is something we can do about it.

With knowledge can come change.

The price we pay when we repeatedly yield to unfavorable demands is enormous. It eats away at us and escalates until it puts our most important relationships and our whole sense of self-respect in jeopardy. Our compliance condones bad behavior and every time we reward someone for a particular action, whether we realize it or not, we’re letting them know in the strongest possible terms that they can do it again.

Change has to begin with us.  We are not helpless. We need to act.

In the simplest sense, to change this dynamic we need to alter the way we respond to it.

Step One  Don’t respond the moment a demand is made. Give yourself time to think and assess the matter.  We want to respond - not react.

Step Two  Let go of your emotional ties to being controlled, at least briefly, and try to be an independent observer. Gather the information you need to construct a wise response - one that is neither enabling nor confrontational. Likely there is a long history of bad, demanding behavior and enabling responses / resentment, so this is going to take some discipline not to be triggered or to overreact.  You may want to enlist a confidant - someone you respect for their emotional maturity and ability to read others - to act as a sounding board.  Remember, it's problem resolution, relationship retraining - not a battle.

Focus on the demand at hand, not all the past history. Assess how significant a particular demand is.  Remember that there are different levels of demands, and know where to be strong and where to be flexible- demands that are of little consequence, demands that involve important issues or personal integrity, demands that affect major life directions, and/or demands that are dangerous or illegal.

Step Four  Be ready for some pushback or more aggressive responses. Often things will get worse before they then get better - our resolve will be tested - this is common in any type of relationship retraining.  We need to have perseverance and confidence that both sides will eventually adjust, and it  will end or reduce the feelings of being controlled.

Step Five  Periodically evaluate the progress. Keeping a log of events, actions, and outcomes is helpful for this purpose. A lot can be learned from looking at the history - what works, what does not, and if progress is being made.  All of this should be factored into our decisions of how we go forward.

Know When To Involve Others

Most emotional blackmail is hurtful, but not dangerous. This article is addressing the former, not the latter.

However, in some cases the pressure and threats may involve physical or sexual abuse or illegal activity.  When they do, do not go it alone.  If it seems as if behaviors may escalate to this, do not go it alone. Visibility is very important in abusive situations; friends, family, lawyers, the police - all can have a significant centering effect on someone who dysreglates into abusive behavior.  In these cases, safety planning is also very important. Contact your local domestic abuse resource for help with this.