Why We Struggle in Our Relationships 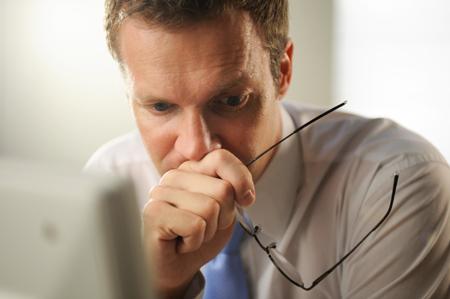 Are you, or have you ever been in a chaotic relationship or had your friend say "maybe s/he's a borderline?"

Turbulent beginnings are nothing new or unusual in budding relationships. When people are trying to meet that special someone, they often have all their feelings on the line. That level of vulnerability can bring out both the best and the worst in people. Emotions run hot in these circumstances. We want to impress, but we don't want to seem desperate. We want to be attractive, but not too sexy. Many people start to look for future potential long before they even know the other person. Intense or poignant desires and fantasy about the future can lead to tension, conflict and exaggerated behaviors.

However, in some relationships the intensity and the duration of the turbulence goes far beyond the norm.  What then?

Borderline personality has now commonly come to be the description given for a person who is exceedingly unstable in relationships, seems to switch from clingy to vindictive behavior with immoderate fluidity, and who, when all else fails in recapturing the affections of their desired lover, foists responsibility on their desired lover for their own instability (most notoriously by becoming suicidal). Individuals with borderline personality become attached to new lovers almost immediately as if they know them deeply and intimately. Due to their perception of a deep relationship, the borderline individual is then hyper-vigilant with respect to any slight indication that their love for their desired partner is unrequited. Unrequited love, or any possible indication thereof, will lead to “talionic” rage, or its opposite, increased clinging, or both, as the borderline attempts to bring their desired lover back into the fantasy of true, deep, and magical love. The borderline imagines this elaborate fantasy to be necessary for their very life sustenance.

It is the endeavor of figuring out what's going on, or trying to be nice, or attempting to somehow salve the problem so the relationship can continue, that really causes more long term suffering for the desired lover. When the borderline becomes angry, some people might be sorry, in spite of the fact that they have done nothing wrong. When the borderline becomes too clingy, some people will avoid a conflict with the borderline and then allow the borderline to carry on in the fantasy that both parties desire everlasting togetherness, instead of asking for some normal level of space. When borderline behavior is accommodated, the borderline fantasy of perfect merger is allowed to continue. Thus, the consequent rage or clinging of the borderline, which occurs when independent action of the desired lover inevitably becomes necessary, is only delayed by such accommodation. The borderline's anger, or their need to withdraw, or their even more desperate clinging is also likely to be even more intense when accommodated since the borderline is allowed to become even more intensely consumed by the merger fantasy.

It is the concept of independence, also known as individuation, and its opposite, dependence, that is at the core of the borderline's difficulties. The borderline has experienced an ongoing abandonment of their own independence. As a child, the borderline experiences the feeling that they should never become independent as a direct result of most of their independent behavior being ignored, denied, or ridiculed. In contrast, the healthy response of parental figures is to celebrate safe independence, and to curb such independence only where it conflicts with the feelings of others, or societal norms. In the case of the borderline, however, it is the family situation or the needs of a parent that necessitate a denial of independence. Sometimes the problem is merely significant family illness that makes a parent unable to appropriately notice a child. More typically, however, significant psychopathology in a parent makes it impossible for that parent to tolerate any independent thinking or behavior of the child. Either way, the normal independent striving of the prospective borderline individual are thwarted, leaving the borderline with a particular sensitivity to their own needs and independent proclivities. In fact, because appropriate independence is not allowed, and because any sign of normal independence results in abandonment, the borderline behaves very much like they are starved for affection to such an extent that they desperately cling. On the other hand, while clinging, in answer to their feeling of starvation, the borderline seemingly stuffs themselves with the other to the point that they feel as though the other is undifferentiated from themselves, which scares them to death.

Because they've been abandoned, the borderline desires closeness to the point of merger with another, where it is normal to desire companionship. On the other hand, merging threatens and distresses them and makes them feel vulnerable to domination or control where, perhaps, its normal to feel like one's going too fast in a relationship or maybe even simply wanting too much. The desire for merger makes the borderline behave in a clingy manner, but only till the desired lover appears to desire merger as well. Once the desired lover seems to want to merge, the fear of domination or control makes the borderline desperate for independence, even to the extent that the aforementioned desired lover will be found to be despicable, weak, or disgusting. Further efforts by the lover which might seem like a desire to merge (which could merely be an effort to please the borderline, since the desired lover has no clue about this “merging”) or that might seem like control (which could merely be trying to help the borderline with advice or some kind of favor), can lead to extreme rage as the borderline, who had once wanted merger, now appears desperate and fiercely motivated to prove their separation.

Essentially, what develops from the desire to merge, countered by the fear of such merger, is the borderline's need to be the one in control at all times. If the borderline is sure that they determine just how close or distant they stay within a relationship, they do not have to fear merger or abandonment because the other person does not have the power to accomplish either state with them. Unfortunately, being the one who is always in control precludes the possibility of finding real love since the borderline desires love and recognition of their true independence which has no worth if granted from someone who has no control over giving such love. If a person is literally starving, but has food, they can tell someone to give them their food, but they cannot truly feel like the one who gave them that food actually gave it because it was already theirs. Thus the borderline's controlling behavior also fails to give them any sense of sustenance even if it keeps them from complete starvation. The borderline must be vulnerable if there is to be any chance at true recognition of their independence. However, because they must try to be in control, any vulnerability they experience will most likely lead to more clinging, withdrawing, or rage.

Predictably, however, as soon as the baby has independent striving, the borderline parent experiences abandonment at the hands of their very own child. Such abandonment or individuation is impossible for the borderline to tolerate and thus they react to their own child with distaste, anger, ignoring behavior, and they use any other means necessary to thwart their child's independence. The child learns that independence and individuation is horrifying to the parent, on whom the child absolutely depends for everything. The child then adapts to the parent's needs by maintaining some level of merger with the parent, and denying their own need for recognition of their true nature and/or independence. The behavior developed by the child is only the behavior that is pleasing to the parent, and thus does not reflect what is specifically special in the child.

The cycle continues in this way. The child now desires true recognition of their independent striving which has been abandoned. They desire merger and cling to others, but fear others taking over and controlling them, just as their parent did. Sometimes they rely on rage to help prove their separation from, and control over, others. They attempt to be in control over their merging or withdrawing from others. They are left, in this way, unable to maintain any real lasting relationships in which they are capable of getting their true needs met. They constantly look for true recognition but cannot achieve it because they are unable to tolerate the vulnerability of truly acknowledging the extent to which they feel starved for real love. When someone appears to have enough control to bestow true recognition on this new borderline, the borderline's reaction remains defensive withdrawal, clinging, and rage, often with suicidality and clear blame toward the desired other, all in the attempt to regain the sense that they are indeed the one in control of the relationship.

It must also be mentioned that some of the characteristics of other personality types are often taken on by the borderline to the extent that they help in modulating the intense emotions involving individuation, merger, and abandonment. Many borderlines take on narcissistic traits which help them maintain distance from others, and thus a sense of control. It is also extremely common for borderlines to behave much like histrionics since they can use dramatic and flamboyant behavior to gain some sense of recognition while also avoiding responsibility (responsibility leads back to a feeling of worthlessness and abandonment when independent striving is expressed and the borderline feels that their independence makes them responsible for the pain of those who would depend on them). Borderlines can also mimic passive aggressive personality when they are of the type that mostly withdraws to prevent merger, but then also become angry about being withdrawn (and thus not getting any recognition of independence) and must passive aggressively blame others for their position.

It is important in looking at any personality type to uncover the central issue. If the issue is abandonment of independence, the person is suffering from borderline tendencies, while issues of specialness and responsibility are central to the histrionic and passive aggressive personalities, and issues related to abandonment of one's vulnerability are central to the narcissist. In any case, deciphering the central issue leads to the method that must be employed in helping that particular personality type, even if such methods might be quite difficult to manage.

To join a member discussion about this article, please select the green box below.

Dr. Bochner earned his B.S. in Psychology from the University of Wisconsin in 1985, an M.A. (1992) and Ph.D. (1997) in clinical psychology from the California School of Professional Psychology, and he completed an APA Clinical Internship at the U.S. Naval Hospital in Portsmouth, Virginia. Up until May 2001, he was an active duty psychologist in the United States Navy. At his final duty station, Dr. Bochner was the department head for the Mental Health Unit at Parris Island in South Carolina.  Dr. Bochner has been married for 20 years and is the father of two boys.